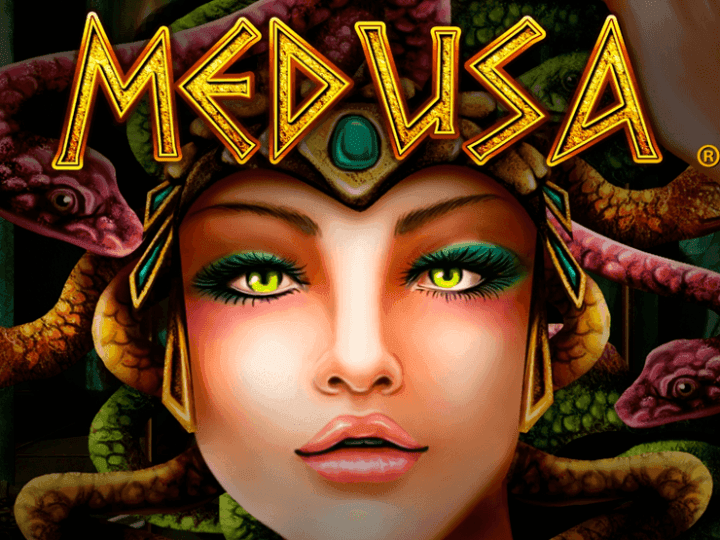 Let the fearsome beast with the snake hair from ancient Greek mythology deliver you win after win on Medusa MegaWays slot game.

Medusa Megaways is the third instalment of the Medusa slot game series and like its predecessors, this slot too is steeped in ancient Greek mythology. Building on the success of the previous games, this slot has tumbling reels, also known as the avalanche feature. Columns of an ancient Greek temple are the framework of the grid with a snake from Medusa’s head on either side on top of the columns. You can expect imagery related to Greek mythology on the reels including Medusa herself functioning as the Wild symbol. The slot is a high variance game which RTP is either 96.28%, or 97.93% when the Buy Pass feature is engaged. The slot has a minimum of 324 win ways that can increase to more than 100,000 ways to win.

Due to the slot avalanche feature, symbols of any winning combination will explode and disappear once they have been paid out to make room for new symbols, giving you an extra win chance in the same round. Each reel can contain up to 7 symbols. You form a winning combination when you play identical symbols on at least 3 adjacent reels. You make wins with the Pegasus symbols with only 2 adjacent reels. The slot has a few engaging features that appear in Free Spins mode where the main slot action can be found.

The image of Medusa functions as the Wild symbol fulfilling its usual substituting functions. When a Medusa Wild lands on the top row it can expand to cover the entire reel.

As a slot game staple feature, Scatter symbols can activate Free Spins mode when you play at least 3 of these symbols in 1 round.

Free Spins is triggered when you play at least 3 Scatter symbols on the reels in one round. You are awarded 10 free rounds and any additional Scatter that appears gives you an extra 5 free spins. You start Free Spins mode with a x2 multiplier that increase by 1 every time you play a winning combination. You can win a multiplier with an infinitive factor. You re-activate Free Spins when you play 3 Scatter symbols in 1 round again.

This feature can be activated at random in Free Spins mode. Whenever a soldier symbol appears on the top reel, it can be attacked by the snakes that appear on each side of the extra reel and turn them into Wild symbols or Scatters. This can either help you form a winning combination or trigger more Free Spins that award you increasing multipliers for every win.

When you choose to engage the Buy Pass feature you don’t have to wait until you play at least 3 Scatters in one round to trigger Free Spins mode. By paying 75 times your stake you bypass this process and are awarded 10 free spins straight away.

The Temptation features allows you to retrigger Free Spins mode forfeiting any wins made in the previous Free Spins Round. If you feel you didn’t perform as well in Free Spins mode, you are given a chance to increase the size of your winnings.

Medusa Megaways builds on the success of its two predecessors and is most likely to appeal to fans of the first and second instalments. Players who like the ancient Greek mythology theme will also be attracted to this slot. There is not that much action to be had in the base game, yet if you trigger Free Spins mode you can make some great wins with the help of engaging features. As a high volatility slot it can eat up your bankroll in an instant. However, if you manage to charm the gods of the ancient Greek pantheon some magnificent wins may await you.