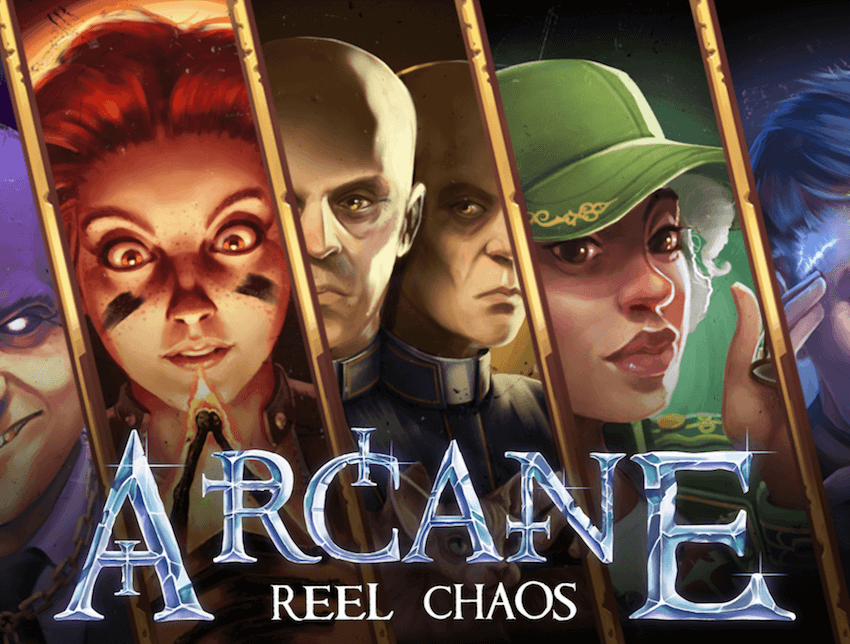 Arcane Reel Chaos slot is a stunningly designed game that combines several elements to create a straightforward, yet highly exciting gameplay. The slot has a super hero theme in which creatures with super natural powers fight an evil force in a dystopian world. Occult symbolism as well as role playing elements have been thrown into the mix forming a true battle slot of epic proportion. Seemingly inspired by Batman, the scene is set in a dark and ravished urban realm resembling Gotham City. The four super heroes Chronos, Flare, Psyop and Zero x battle against the villain Deep Pockets. The slot has a low to medium volatility rate, which means you can expect smaller wins on a more regular basis.

The gameplay of Arcane Reel Chaos is very straightforward. In addition to images of the super heroes, the slot has standard icons of lower value card symbols. The four super heroes are the highest paying icons and each represents a feature in the base game that can be triggered at random. These features are Psyop Stacked Wilds, Zero x Overlayed Wilds, Flares Multipliers and Chrono Re-spins. In addition to the base game, the slot has a Free Spins round.

The game as 2 different types of Wild symbols that can be activated at random in the base game.

As the name indicates, these Wild symbols appear stacked on top of each other and can be triggered randomly to appear on reels 2 and 3.

Three and up to 5 Wild symbols can randomly appear on any of the reels.

A multiplier of x3, x4 or x5 is added at random to every winning combination through a Multiplier Wheel of Fire.

Activated after a non-winning spin. As Chronos can turn back time, during the Re-Spin you enter a time wrap and the reels keep re-spinning until you hit a winning combination, which ends the feature. Every time this feature is activated the multiplier bar increases by 1 starting with x2 and ending with x10.

Scatter symbols trigger the Free Spins Round when you play 3 of these anywhere on reels 1,3 and 5.

In Free Spins Mode all super heroes fight the villain Deep Pockets and attempt to defeat him in 4 stages. You earn a higher factor multiplier for each stage. You reach the next stage by making consecutive wins which decreases Deep Pockets life force. If you manage to go through all 4 stages you are awarded an extra bonus on top of all your free spins winnings.

Arcane Reel Chaos slot is a straightforward game that is highly exciting due to several different elements. The slot has a super hero theme with an edge, that can trigger an epic battle. Arcane Reel Chaos has great graphics and animations and with a low to medium volatility, it will keep especially smaller players fully entertained. The game developers could perhaps have explored the individual super powers a bit more and have given it a more significant role in the Free Spins Round for even more excitement. This might be nit-picking though, and on the whole, Arcane Reel Chaos is an entertaining slot game.