Home Casino Guides What are Expanding Wilds and How do they Work?

What are Expanding Wilds and How do they Work? 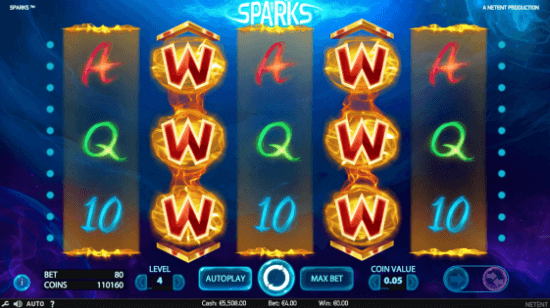 Expanding Wilds is a feature found in video slot machines that are multi-payline. They stand in as a substitute for the symbols on the reels in the same way that a normal wild symbol does. However, where it differs is that the expanding symbol will not remain still. Instead, it will begin to expand either vertically or horizontally with the game being played determining the direction. This allows for more winning combinations.

When expanding vertically, the symbol grows to cover the entire reel. Usually it will transform all of the other symbols above and below it into wild ones. With so many more wild symbols available, the number of winning combinations dramatically increases making for a much more exciting game.

The slots are usually full of impressive animations and nice music. These are there to heighten the player’s excitement. The excitement is then amplified even further since the payouts can increase dramatically when involving any extra features. Expanding Wilds really do the trick!

The idea behind a wild symbol of any kind, expanding or not, is to increase the number of winning combinations available. The advantage with the expanding symbols is that there is a much bigger chance to win than with a singular symbol.

Of course, the slot machines cannot offer too many wild symbols. The game would become trivially easy and remove all excitement. The best thing the developers can do is to make the feature harder to activate. A common way of them doing so is by limiting it to a few reels. Usually the reels are the second, third and fourth only.

Each manufacturer has their own preference on how the feature should be activated. The best way to find out the specifics is to consult the game’s rules or payout table.

Sparks by NetNet is an excellent example of a digital slot that features Expanding Wilds. During the game, one of the symbols in the second, third or fourth reel will come up as a bright “W”. When this happens the symbol duplicates a neighbour and moves it to the other side.

Playtech offers something similar in their game, Captain America. In the game, both Captain America and the Red Skull act as the wild symbols. They grant bonuses and double the winning of associated symbols.  The wilds go from abstract symbols to meaningful powerups the first Avenger uses in his fight against evil.

NetNet and Playtech are offering different approaches to the same idea. In Sparks, the symbols are much more traditional. Players familiar with this type of games will have no problem settling into the game’s rhythm. On the other hand, Playtech’s Captain America uses familiar characters to grant the spins greater meaning beyond simply winning or losing.

In both cases, the presence of expanding wilds does a lot to amp up the tension and engage the player. The system is a great way to add an extra level for the players to engage with without introducing an overly complex mechanic. Players might otherwise struggle with the game.