Scientific Games, commonly known among punters as SG, is a mega software developing company in the gaming industry. If you are a seasoned online casino player, you have probably played SG games.

Scientific Games is to be credited for the more 200,000 gaming machines in many betting shops and arcades across the UK. You will also find SG games in the top UK online casino sites.

If you have played any games off late, some of them must have been from, Scientific Games. Scientific Games is a giant, multi-billion dollar gaming company made up of man smaller companies.

WMS is a long-established gaming company with a good reputation among punters. It is known to produce some of the industry’s most innovative and engaging games. Scientific Games bought WMS for £1.3 billionin 2013.

Some popular games by WMS include Reel ‘em In, Jackpot Party and Black Knight.  They are also the makers of notable gaming titles like Wizard of Oz, Monopoly, Star Trek, The Chocolate Factory and Willy Wonka.

WMS Jackpot Party Mega is one progressive jackpot to look out for. Win thousands of Euros playing the game from any reputable online casinos.

It all started about 85 years ago, with a wooden pinball game called Ballyhoo. Scientific Games bought this high-end company in 2014, for a whopping £3.3 billion. This means Scientific Games are pretty rich!

Today, Bally is a part of SG, with some of the most lucrative games in the online casino industry.  Expect cutting-edge games and user-friendly software that favours both the casino operators and the players.

Some of the hottest game son Bally include Playboy, Wonder Womanand Batty Boop. Bally is also known for featuring a game for the King of Pop, the Michael Jackson game.

For more than 50 years, Barcrest has offered the gaming industry a range of thrilling and engaging games. Their latest cabinets boast of impartable displays, stunning animations, backlit button panel, and top glass.

Barcrest is especially known for their fruity online slots. If you have played an online slot with colourful fruits and tropical juices, you have probably come across Barcrest games.

While Barcrest once belonged to IGT before it was sold out to Scientific Games for £35 million,it still maintains its authenticity.

Barcrest is the proud maker of games like Arabian Charm, Black Magic Fruits, Rainbow Riches,Super Monopoly, 7s To Burn, Action Bank, Call of Fruity and Crown Gems among others.

While SG owns products that are mostly land-based, its subsidiary companies are known for their online games.

What is the history behind Scientific Games?

Scientific Games started their epic gaming journey in 1974. It is notably the company that started the first secure lottery game.

Since it bought billion-dollar gaming companies, SG has grown to become a multi-billion company to reckon with. It always has new, sizzling games to offer online casino players. Each of its subsidiaries continues to create unique and exciting games which are enjoyed by online players all over the world.

You will find exciting Scientific Games on popular online casinos like:

What about Scientific Games Interactive?

Scientific Games Interactive is as a result of the series of acquisitions (Bally, Barcrest, Williams, Shuffle Master) and it provides online and social gaming content.

Therefore, we have Scientific Games as the parent company. It is then divided into two subsidiaries, SG Games and SG Interactive.

Where is Scientific Game headquartered and regulated?

Scientific Games headquarters are in Las Vegas, Nevada. However, its interactive games are also licensed by the UK Gambling Commission.

Any upcoming events by Scientific Games?

Prepare for these upcoming events by SG:

Casino Journal and SG present this annual two-and-a-half day event that aims at empowering the industry players with tools and knowledge.

The event in London is the only B2B gaming occasion that seeks to bring together the international online and offline gaming sectors.

Without a doubt, Scientific Games is a giant gaming company worth billions of euros. It has established itself as a reliable gaming provider for both online and offline games.

So, if you see a game is Scientific Games, don’t be afraid to try your luck. This company knows what typical online casino players wantand they are always looking to improve your gaming experience.

Although it doesn’t release new games as frequently as NetEntor Yggdrasil, SG is keen on providing classic games. SG focuses more on the gameplay and bonuses than it does on graphics and design.

Keep your eye on Scientific Games to avoid missing out on thrilling online slots and table games.

How old do you have to be to go to a casino in Vegas? 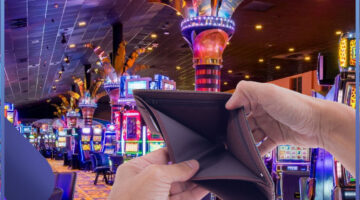 How to win at the casino with little money?

If you think that playing in a casino is expensive, you might just be wrong.…