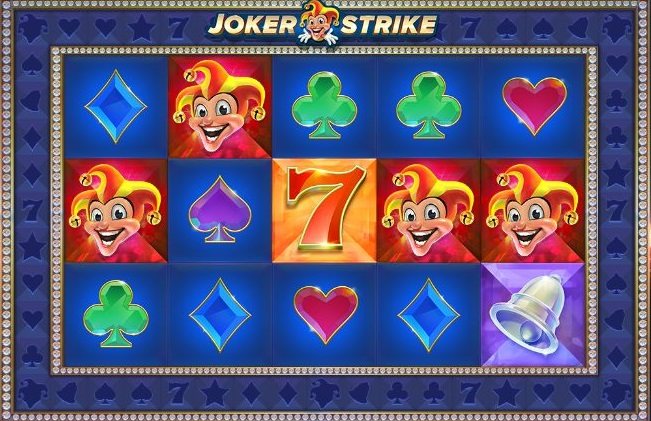 If you’re looking for a fun game to play Casumo’s new exclusive game Joker Strike is right up your alley!

Joker Strike has been developed by Quickspin and for the next two weeks is exclusive to Casumo. It’s a 5 x 3 reel slot game with an exciting number of paylines. Available on mobile, tablet or desktop, it includes an outer wheel that provides more opportunities for prizes. It is actually a revamped version of the popular Second Strike slot, but don’t let that put you off because it is way more interesting to play. The colours are bright and sharp and the design overall is very attractive.

Why is Joker Strike So Special?

Coming from the Quickspin stable, it’s already benefiting from a good pedigree. The gameplay is what sets it out from the many other slots games available, and it promises fun and excitement from the first spin of the reels.

The game itself is a 5 reel slot game with 3 rows and 10 fixed paylines. Further enjoyment can be gained by watching the extra outer wheel that starts spinning with every win. This Joker Strike special feature is triggered by any symbol line win. A marker circles the outer wheel and when it stops on a symbol that matches the one that triggered the wheel, these get added to the reels. As many as 10 symbols can be added. There are also winning symbols you can land, that release even more for bigger wins.

The Hi Roller feature adds to the action and means that the bigger you bet the bigger the prizes you win. Extra features are also there for the taking when in Hi Roller mode. Such as moving wilds, wild strikes and guaranteed wild, alongside double chance wins.

Autoplay is an option and allows you to set the reel to spin a specific number of times, without any interruption.

For a limited period, Joker Strikes is being offered by Casumo, a reliable and trustworthy casino which has been operating since 2012. Licensed and regulated by the Malta Gambling Commission you know your gaming experience is in good hands. The account opening procedure is pretty painless and there are a wide range of ways to make payments. Visa, MasterCard, Skrill, Neteller and Paysafecard are a few examples of the best ways to make deposits and withdrawals. Casumo has been running Joker Strike tournaments and hopefully there will be more in the future.

How old do you have to be to go to a casino in Vegas?