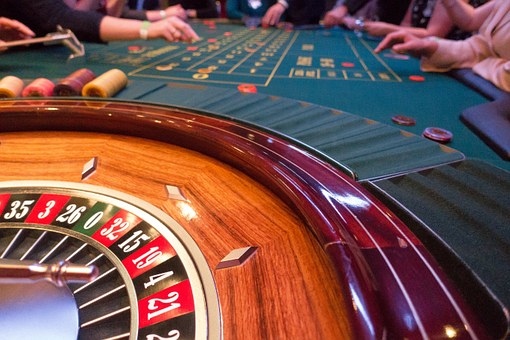 Roulette is one of the easiest games to play in a casino, making it ideal for amateur players. It is easy to understand, has simple rules, and is purely a game of luck – the player has no influence over the outcome of the game. A player is only required to place a bet and a croupier spins a ball around the roulette wheel. Where the ball lands on the wheel determines whether the player wins or not.

While the game is easy to play, new players tend to make certain mistakes that reduce their chances of winning. Being aware of such mistakes can not only help players avoid the pitfalls but also have a positive experience while playing roulette.

Here are six most common mistakes beginner roulette players make and how to avoid them.

1. Playing any Version of Roulette

One of the biggest mistakes amateur players make is choosing just about any roulette game to play. While the different types of roulette games may seem virtually the same, they have many differences that impact a player’s chances of winning. For instance, the European roulette wheel has 37 divisions and a single zero (0) while the American roulette wheel has 38 divisions, a zero and double zero (0 and 00). The addition of 00 on the roulette table doubles the house edge of the American roulette which reduces a player’s chances of winning. The American version of roulette has a house edge of 5.26% while the European version has a house edge of 2.7%.

Players should, therefore, avoid playing American roulette and instead play at roulette tables with a lower house edge.

2. Not Setting a Spending Limit

Roulette is a very exciting and fast-paced game. Consequently. It’s easy for an amateur to be swept up in the excitement of the game and end up betting more money than they are comfortable with losing.

Before playing any roulette game, a player needs to set a gambling budget and stick to it. Drawing up a budget does not only ensure a player doesn’t go beyond his/her personal limit but it also gives him/her an enjoyable time at the tables.

3. Sticking to One Betting System

Another common mistake beginner players make is sticking to a betting system even when it’s not working. While some players may feel that certain betting systems work for them, there is no single strategy that guarantees a win.

Just because the Fibonacci system, for instance, promises huge gains at every game, doesn’t mean a player has to stick to it. The Fibonacci system is a negative progression system meaning a player doubles his/her bet for every bet lost. This system only works for players who have the capacity to double every losing game without burning through their bankroll.

Amateur players should have in mind that there is no ultimate winning strategy. They should avoid using complex betting system until they have developed their skills and mastered the game.

Most beginner players think that placing multiple combination bets allows them to spread the odds of winning. However, they forget that the house edge remains the same, whether it’s a single or combined bet. Consequently, they may end up losing a lot of money if their bets fall on the losing side.

Instead of placing too many bets in a single game, it is advisable that a new player focuses on placing a single bet per game. If the game turns out in his/her favour, the player can consider placing multiple bets.

5. Being Uninformed of Betting Options

Roulette has lots of betting options that offer the potential for huge payouts. Unfortunately, many beginner players are unaware of their betting options which limits them in how they play the game.

It is important that novice players know their betting options to increase their chances of winning. Some of the common betting options in roulette include inside bets – corner, single number, basket, street, six-line and trio – and outside bets – red, black, odds, evens and snake bets.

One of the costliest mistakes beginner players make while playing roulette is increasing their bets in an attempt to recover lost ones. In trying to recoup losses, players will start wagering money that they do not have.

Beginners should set a betting limit to ensure they do not bet money they cannot afford losing.

These are just some of the common mistakes beginner roulette players make. It is important to note that roulette is purely a game of chance. That is why it should be played as a pastime rather than a way of making money.

Now you know how to play roulette in a smart way. Head to a good live casino and start playing!