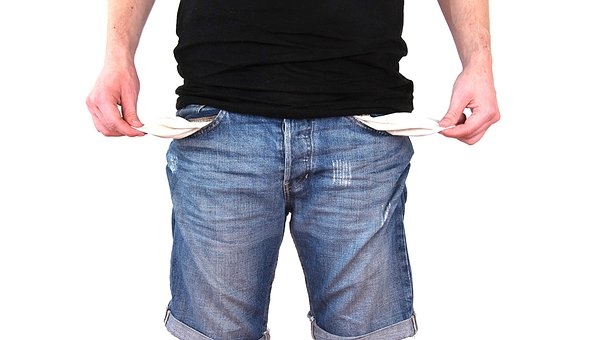 A recent swathe of tabloid stories have emerged about professional footballers whose out-of-control gambling habits have left a serious dent in their bank balances. And also, in some cases, put their entire careers in jeopardy. Outrageous behaviour amongst the footballing elite is nothing new, unfortunately.

George Best: King of the Hellraisers

The legendary George Best is a prime example. Despite his keen intelligence and prodigious talent, had an unerring knack of making truly catastrophic life decisions. Notoriously drawn to a path of self-destruction, Best drank, womanised and gambled away several fortunes in a never-ending pursuit of decadent thrills.

Indeed, that reckless streak was a huge part of his charm. He was a lovable rogue with a ‘devil-may-care’ glint in his eye. Through Best, legions of fans could escape the tedious grind of the nine-to-five and live vicarious dreams of footballing glory and showbiz excess. To the outside world, George had outfoxed the system. He’d stuck two fingers up to the establishment, and lived his life on his own terms. It’s only with hindsight that we can appreciate how tragically he squandered his genius.

Best’s behaviour left a string of wrecked relationships and ultimately led to a rapid deterioration in his mental and physical health. However, it was also part of his mythos. Like many a Hollywood hellraiser, Best was a glamorous figure: a maverick, a showman, a rebel without a cause. Life was never dull with ‘Gorgeous George’ around. Fans idolised him, and thousands dreamed of emulating his image as the wild man of football, albeit on a tighter budget than their hero could afford in his prime.

What is it about the modern game that makes so many gifted young players fall into gambling addiction? After all, successive generations should learn from the folly of their forefathers. After so many tragic tales of self-destruction, from George Best to Gazza, people should have learned something. Nobody understands, why talented young footballers still find themselves up to their necks in addiction.

The Years Since Best

One of the major differences is that, back in Best’s heyday, there was no such thing as online gambling. In order to place a bet, you had to physically go to a high street bookies or visit the races in person. At the very least, you had to make a phone call to your turf accountant. This required a certain amount of planning. The temptation to make wild, impromptu wagers in a split second of recklessness was tempered by the practicalities of punting. It could still be done quite readily, but not with the ease and sophistication that we see today.

Nowadays, anyone with a smartphone can place a bet within seconds, without having to deal with anyone face-to-face. The sheer convenience and immediacy of online betting means there’s one less barrier to overcome, one less hurdle to jump. You can literally place a bet whilst sitting in your pants, half asleep and possibly drunk. Try doing that in your local branch of Ladbrokes. The doorman will show the door quicker than you can say “fifty grand each way on the 100/1 outsider, please!”

Keith Gillespie: From Stardom to Bankruptcy

The stakes, both literally and figuratively, are higher than they’ve ever been. Take for instance Keith Gillespie. The Northern Irish international rose to fame in the 1990s, when his gambling addiction cost him an estimated £100,000 per day. Gillespie made millions of pounds during his playing career but ended up losing most of his estimated £7.2 million fortune. He always found himself chasing ever greater thrills before eventually being declared bankrupt in 2010.

When it comes to footballers who have lost fortunes in excess of a million pounds through reckless gambling, the list of casualties makes grim reading. West Ham’s Matthew Etherington ran up debts of £1.5 million during his time with the club. He finally conquered his addiction after his move to Stoke City. There he was lucky enough to receive the support necessary to regain his natural focus.

Others were far less fortunate. Guildford and Peterborough’s Tom Williams ran up a million pounds of debts through a gambling habit. He even somehow managed to keep secret from his wife. However, the secret was revealed when his house was suddenly besieged by bailiffs hellbent on removing the couple’s prized possessions.

A similar tale of woe cost Paul Merson his luxury flat, and forced him to move back in with his parents at the somewhat embarrassing age of 40.

Joey Barton: Lone Wolf, or the Tip of the Iceberg?

The range of betting activities in which the aforementioned players have been involved are wide and varied. From horses and dogs to blackjack and baccarat, there is a game to suit every pocket, but there is one fundamental rule which only the most foolhardy footballer would ever break. It is strictly illegal for players in England’s top eight tiers to place a bet on football whatsoever.

Perhaps the sorry tale of Joey Barton can help shed some light on the temptations facing modern players. Following an estimated 15,000 wagers which he placed across the whole gamut of sports, the former Manchester City, QPR, Newcastle and Rangers midfielder received an 18 month ban for breaking one of the sporting world’s greatest taboos: betting on his own matches. Not only is he currently banned from playing; he can’t even train at a football club. At the age of 35, he has effectively been forced into premature retirement, and a glittering career is in tatters as a direct result of his uncontrollable gambling habit.

Controversially, Barton claims that he is far from being alone in betting illegally on football. He believes that gambling is so culturally ingrained within the sport that, in his estimation, over 50% of his fellow players are committing the same offence for which he was banned. The implications for the industry are extremely serious, and the potential repercussions would be devastating in their impact, if Barton’s claims turn out to be true.

Kevin Twaddle: Light at the End of the Tunnel

Fortunately, there is an increasing focus on finding ways for gambling addicts to overcome their problems. In some cases, seasoned footballers are taking a leading role in helping their peers to navigate the stormy seas of addiction.

Former Hearts and Motherwell player Kevin Twaddle was once on the edge of suicide. He had lost over £1 million as a result of his gambling problem. Through counselling and rehab, Twaddle managed to get himself back on track. He now devotes much of his time to helping his fellow players avoid the pitfalls he himself fell into by organising awareness campaigns. He believes that the problem is aggravated by football’s deep-rooted association with major betting firms, and advocates a total ban on gambling sponsorship.

Twaddle’s suggestions are bound to be controversial, due to the sheer amount of revenue which is generated by corporate sponsorship. But when faced with a situation in which the reputation of the sport is hanging in the balance and the well-being of both players and fans alike is under threat, it’s time for football to stop turning a blind eye to the problem and start thinking in terms of the long game.